For a couple of decades, Northwestern alumnus Pete Shaw could fairly be termed as an interested bystander of the Wildcats’ football program.

A standout defensive back at Northwestern whose NFL career included five seasons (1977-81) with the San Diego Chargers, Shaw saw games on TV when he could and attended the 1996 Rose Bowl — a 41-32 loss to USC in the Wildcats’ first appearance in the game since 1949.

There was just not a lot to be excited about, with Northwestern posing as fodder for the Big Ten’s big guns.

Then came the phone call in 2012 while Shaw, who lives in North County’s San Elijo Hills, was playing a round of golf at Aviara. He didn’t recognize the number, but answered it anyway. — 25th ANNUAL —Golf Tournament & ReceptionDate: September 20, 2022 This year marks the 25th Pro Day event, a milestone we wouldn't be able to achieve without the great support of the community and continued support and generous donations from first Pro Day... 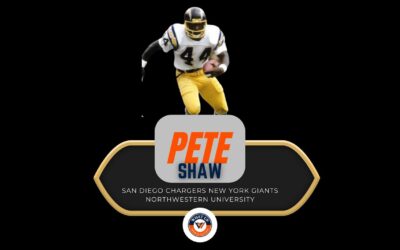 What Up With Rob & Chris Podcast Interview

Pete Shaw joins What Up with Rob & Chris Podcast to share some great stories and laughs. Check it out! 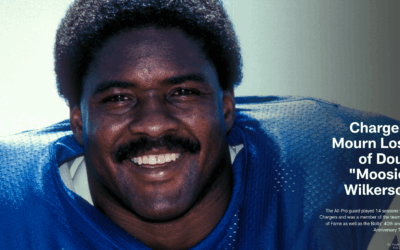 Former Chargers guard, Doug "Moosie" Wilkerson, passed away Sunday at the age of 73. "Moosie was one-of-a-kind," said Chargers Owner and Chairman of the Board Dean Spanos. "A member of our Chargers Hall of Fame, 40th and 50th anniversary teams, the Black College...